The Polar Operational Environmental Satellite (POES) Project is a reimbursable project for the National Oceanic and Atmospheric Administration (NOAA). The Goddard Space Flight Center (GSFC) was responsible for the construction, integration and launch of NOAA series satellites. Operational control of the spacecraft is turned over to NOAA after it is checked out on orbit, normally 21 days after launch. The NOAA satellites carry seven scientific instruments and two for Search and Rescue. All NOAA satellites built by the POES Project have been launched. The final spacecraft, NOAA-19, was launched in February 2009.

The satellite data provides economic, and environmental benefits on a continuous, reliable basis. The benefits that directly enhance the quality of human life and protection of Earth's environment include:

A History of POES

On April 1, 1960, TIROS 1 , the first polar-orbiting weather satellite, was launched from Cape Canaveral, FL. TIROS 1 (Television Infrared Observation Satellite) was the first attempt to determine the effectiveness of a meteorological observation satellite system in providing detailed and accurate data that could be used in weather analysis and forecasting. The program tested several configurations and the satellites eventually carried a variety of sensors, in addition to the television cameras that served as the main sensors on TIROS 1 . The success of the program lead to the development of an improved series of satellites called the Improved TIROS Operational System (ITOS).

The ITOS series of satellites were the second generation of operational polar-orbiting satellites. The first of the improved satellites was launched on January 23, 1970. Over the next six years, NOAA-1 through NOAA-5 were launched. NOAA-1 was the first to bear the NOAA name and the first satellite launched following the establishment of NOAA in October 1970. The ITOS series, after several reconfigurations, and additional and enhanced instruments, provided improved observations, higher resolution data, and expanded operational capabilities.

The TIROS-N series lead to the development of the Advanced TIROS-N (ATN) series. NOAA-8, the first satellite of this series, was launched on March 28, 1983. The major advancements in the ATN satellites were improved and additional instruments, as well as the addition of a Search and Rescue Satellite Aided System Tracking (SARSAT) package, which has the capability to detect distress signals. NOAA-19, the fifth and last in the ATN series of satellites was launched on February 6, 2009. 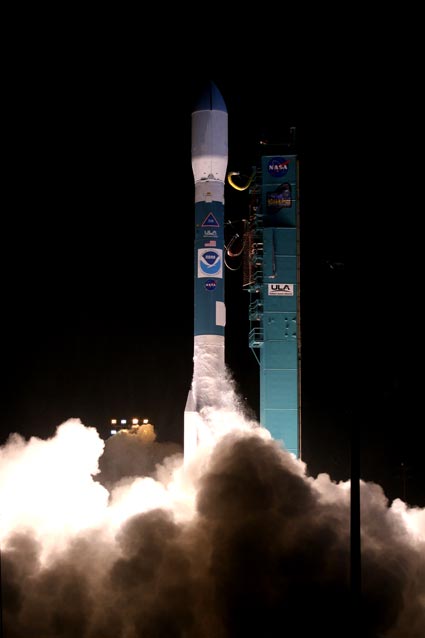 NOAA polar-orbiting satellites have collected data for most of the past 50 years, enabling scientists and researchers to accumulate a very extensive picture of climate change. A stunning library of climate data has been gathered to aid in environmental studies, such as climate change studies, vegetation monitoring, biomass burning, El Niño, pollution and sea ice tracking. Scientists need this long-term data if they are to reach a clearer understanding of the interactions among Earth's many systems. Polar-orbiting satellites provide both near and long-range weather forecasting information and data for global change research. Operating as a pair, two satellites ensure that data for any region of Earth is no more than six-hours old.

NOAA polar-orbiting satellites help to carry forth the United States' commitment to systematic, global weather observation and provide total global coverage four times a day. The mission supports growing international cooperation in space; the spacecraft instrument suite provides data supporting requirements of 140 nations, and several instruments are provided by foreign nations. All nations can access NOAA spacecraft data and for many, NOAA data is their sole weather forecasting reference. In addition to weather observations, the search and rescue component of the program makes major contributions toward international search and rescue operations.

NOAA manages the polar-orbiting satellites, establishes requirements, provides all funding and distributes environmental satellite data for the U.S. NASA's Goddard Space Flight Center in Greenbelt, MD., procures and manages the development and launch of the satellites for NOAA on a cost-reimbursable basis. 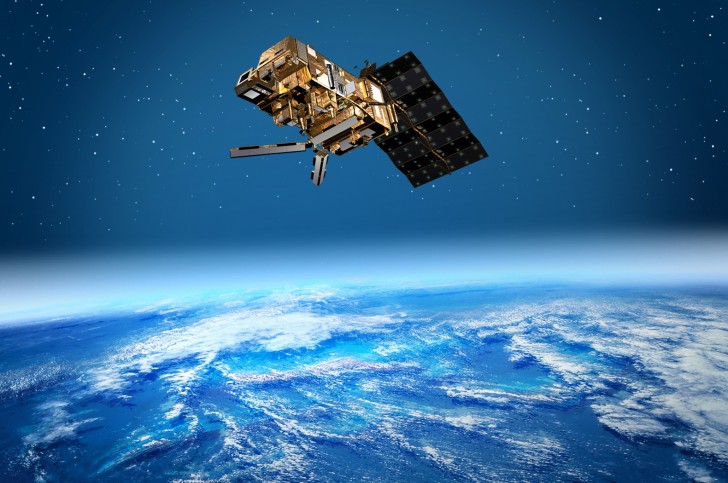 Metop-A (launched on October 19, 2006) and Metop-B (launched on September 17, 2012) are in a lower polar orbit, at an altitude of 817 kilometres, to provide more detailed observations of the global atmosphere, oceans and continents. The third MetOp satellite, MetOp-C, was launched on a Soyuz rocket from Europe’s Spaceport in French Guiana on November 6, 2018 to continue the provision of data for weather forecasting from polar orbit. 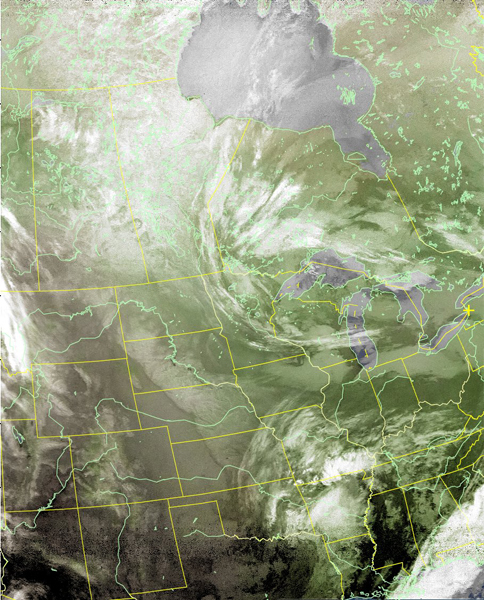 The POES collect global data on cloud cover; surface conditions such as ice, snow, and vegetation; atmospheric temperatures; and moisture, aerosol, and ozone distributions; and collect and relay information from fixed and moving data platforms. The instruments carried by POES measure energy levels in specific wavelengths, which are telemetered to the ground and input into complex software that generate the products.